Old Farmer Plotz has a farm with a pen—
With girl pigs and boy pigs, in all, there were ten.

These pigs would all gossip, about one another.
And that’s why they  couldn’t get on with each other.

And Old Farmer Plotz has some gossipy chickens,
Who’d babble’ bout others while eatin’ their pickens.

****
Now one of the girl pigs a lass named Caress,
Continually whispers to piggy pig Fress.

“My gosh, that ol’ pig Mr. Yarbelow Thud?
He eats and he burps while he wallows in mud.”

***
Now back in the coop there was plenty of talkin,
The chickens would gossip while eatin’ and walkin’

“Disgusting how Bickybell gobbles her feed.
She makes twenty piles from small bits of seed.

And Mazie and Daisy and Hallaballu,
Would cackle’bout Chug Chug the hen colored blue.

No stop to the gossiping, morning till night,
Causing anger, hurt feelings and sometimes a fight.

No sensible thoughts ever entered their head,
Just nonsense and foolishness  found there , instead.

Then one day in  August, in great summer’s heat,
The gossipy pigs and the chicks got to meet.

It started at midnight, a wind blew so hard,
And   swirled  a   big mess in the Plotz farmer’s yard.

It took off the fence between pigpen and coop.
And blew it away in one big howling swoop.

The next day the farm lost its few bits of quiet.
The pigs mixed with chickens with  chaos and riot.

With arguing, stomping, and mud-sling mushing,
And chattering and screaming and running and pushing.

The pigs and the chicks should have gotten along,
Adjust to a very new multi-mixed throng.

But pigs yelled at chickens, and sadly, what’s more,
The pigs screamed at pigs in a pig civil war.

In addition, the chickens, it’s really a shame,
They acted like pigs, just  EXACTLY THE SAME.

Yes all the chicks did, I am sorry to say,
Were scramblin’, manhandlin’ each other away.

The chicks and the pigs made a horrible mess--
Could not get along, what a terrible stress!

‘Cause gossiping, ---that they were able to do,
Insulting and mocking, was all that they knew.

And Old Farmer Plotz said to Pitsey, his wife,
“It’s the worst thing that’s happened  in all of my life.”

Then both he and PItsey, their son’s Lou and Ben,
Moved chicks to the coop and the pigs to the pen.

They built a new fence just to keep pigs apart,
From the chickens—as they had been kept at the start.

The fence thus became an unfortunate curse.
It was bad when there was one, without it much worse.

How sad, very sad, they could not get along,
As  animal friends, which is how they belong.

Did the pigs learn a lesson, and what of the chicks?
Did they learn not to practice  their usual tricks?

Did they change ‘round their habits, the ways of before?
Did they learn not to gossip or fight anymore?

The answer is “NO”, because day after day,
The pigs and the chicks lived their usual way.

The pigs and the chickens had learned nothing new,
But people sure can, learn  some smart points of view.

But if you are a person who gossips real well,
Then a pig pen or chick coop is where you should dwell.

The small-mindedness of gossiping  about and meanness towards others causes ill-will, hurt feelings and an inability
Posted by Suzie-Jean Maskin at 3:08 AM 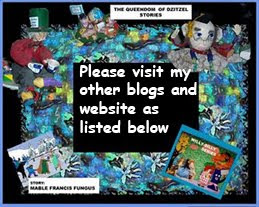